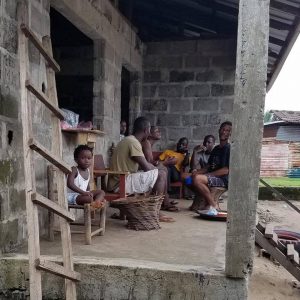 According to UNICEF, Liberia is the 4th poorest country in the world.  Liberia lags in healthcare, education, women’s issues, employment, and annihilating poverty.  In 2015, the Human Development Index ranked Liberia as 177 out of 188 countries. Liberia is a low developed, low-income, food deficit country.

In 2010, GDP per capita was US$400, and more than 80 per cent of Liberians were surviving on less than US$1.25 per day. A bag of rice is $40/usd for a 20 lb bag. This is not enough income to effectively nourish a family of four. Three quarters of the poor live in rural areas. The Food and Agriculture Organization of the United Nations classifies Liberia as a low-income, food-deficit country, reporting that about half of the population is food-insecure or highly vulnerable to food insecurity. About 60% of the population is 25 and under (2.4MM people) so this is of grave concerns to the societal risks of the country.

Although agriculture is the largest employer in the country, accounting for 70 per cent of the workforce and more than 60 per cent of GDP, small-scale farmers are among the poorest people in Liberia. The agricultural sector faces major challenges affecting both farmers and rural institutions, including:

Poverty threatens health and education. The largest targets of poverty in Liberia are the youth. Liberia is a risk of not ending the cycle if extreme measures are not taken. L.I.T.E. develops programs to get food, water, and medicine to Liberia. L.I.T.E. also helps families build a road map out of poverty through self-sustaining methods such as developing a vocational skill, or getting and education.
Jesus you said in your word you were the Way, the Truth, and the Light. We know Lord that you are all powerful and all knowing. We know that you are the Alpha and the Omega, the beginning and then end. We know Lord that threw the stars across the Heavens and named then. Because of this Lord we trust that you will not forget your children. Your children you fight hunger and sickness each day, we ask that you provide food, water, shelter, and a peace that surpasses all understanding. All of these things we ask in your name, Amen.